One of the West End’s most popular Bengali and Indian eateries, Ignite, won the coveted Edinburgh Restaurant of the Year at the Asian Restaurant Awards.

Around 70 Asian restaurants and take-away outlets from all over Scotland were shortlisted for awards, showcasing the finest in Asian and Oriental cuisine.

“We are delighted to be recognised as Restaurant of the Year and would like to thank our customers and everyone who voted for Ignite. The awards ceremony was brilliant, and we will aim to be in the running for another award next year.”

Winners were announced during a ceremony, hosted by BBC TV news anchor Samantha Simmonds, at the Sheraton Grand Hotel & Spa on Sunday 8 September.

Ignite opened on Morrison Street in 2004 and has won numerous awards over the years including Best Restaurant Design in 2014. 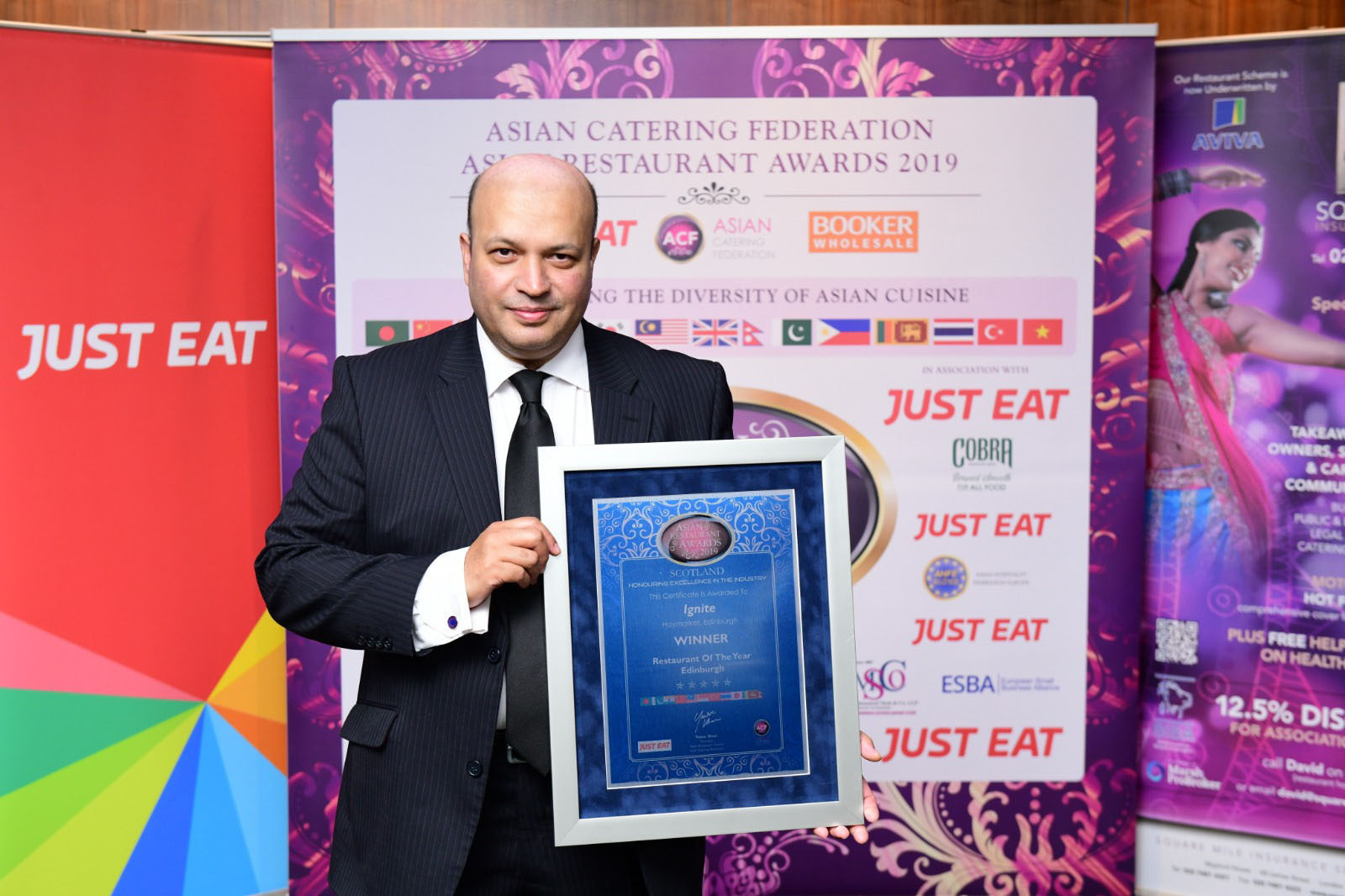